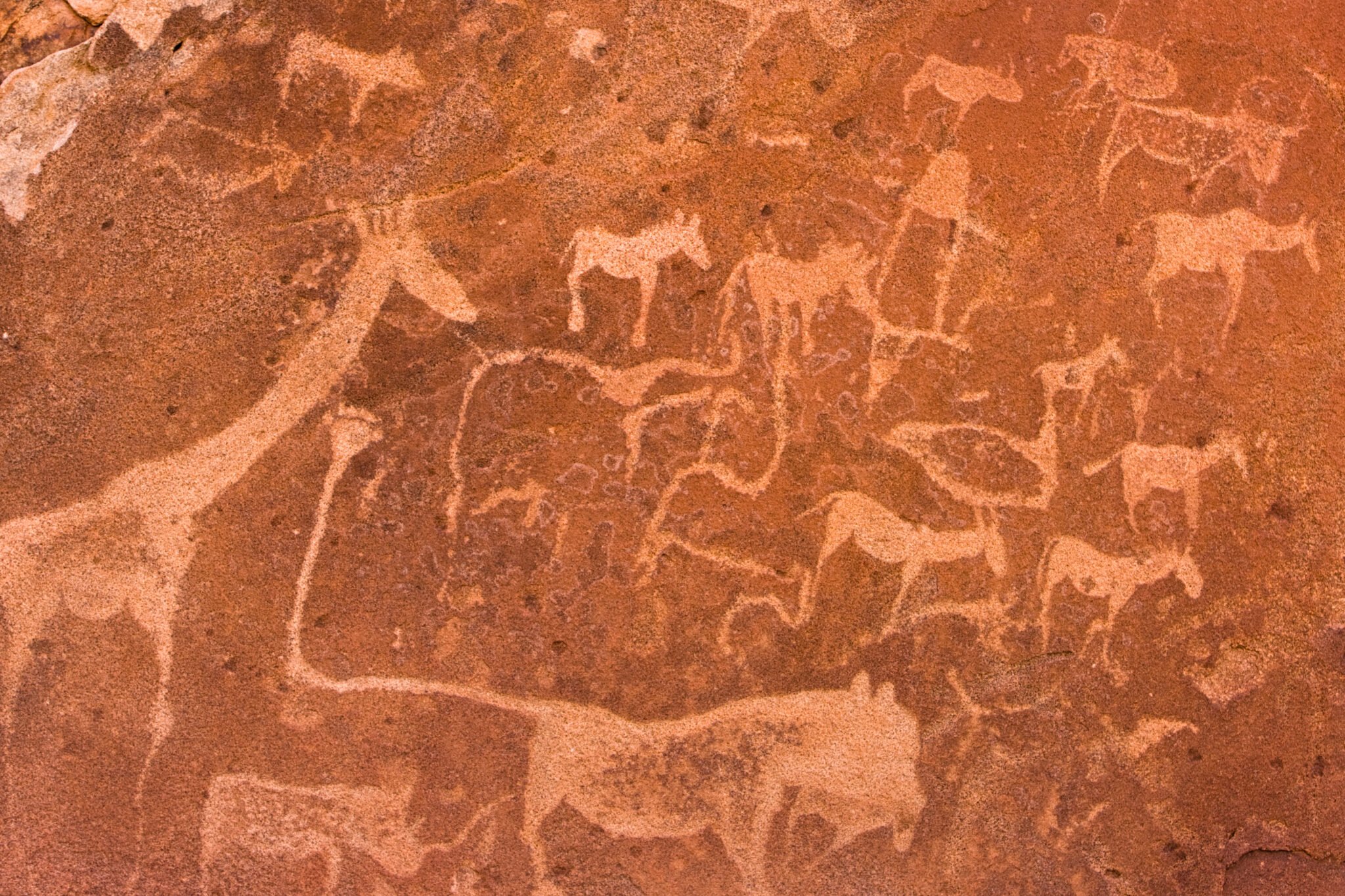 Sprawling to the northwest of Windhoek, Damaraland is a vast and thinly-populated region of mountainous badlands renowned for its desert-adapted wildlife and plentitude of well-preserved rock paintings and engravings. It is named after the Damara people, traditional hunter-gatherers who speak a click-based Khoisan language and are thought to be among the most ancient of Namibia’s inhabitants.

Namibia’s first UNESCO World Heritage Site, Twyfelfontein ranks among Africa’s most rewarding prehistoric art galleries, comprising more than 2,000 rock engravings and paintings, some more than 5,000 years old. Two of the most accessible panels are known as the Dancing Kudu and Lion Man in reference to their striking therianthropic (half-human, half-animal) central figures.

A cluster of community-owned concessions in the heart of Damaraland is serviced by a few small privately-run lodges offering exclusive packages inclusive of guided game walks and drives. The main attraction is Damaraland’s unique desert-adapted populations of black rhino and elephant, but other wildlife includes Hartmann’s mountain zebra, greater kudu, oryx and springbok.

Damaraland is the site of Namibia’s most famous rock art site, the so-called White Lady of the Brandberg (‘Fire Mountain’). Apartheid theorists once claimed that this panel’s dominant figure, a 16inch-tall humanoid executed in white pigment, represented an ancient queen of European descent, but it is now known to depict a male hunter or tribal shaman.

The Petrified Forest near Khorixas is a collection of at least 50 fossilized trees that dates back around 250 million years.

Another scenic highlight near Khorixas, Vingerklip (Finger Rock) is a natural 115ft-high limestone monolith that protrudes spectacularly from the surrounding flat terraces.