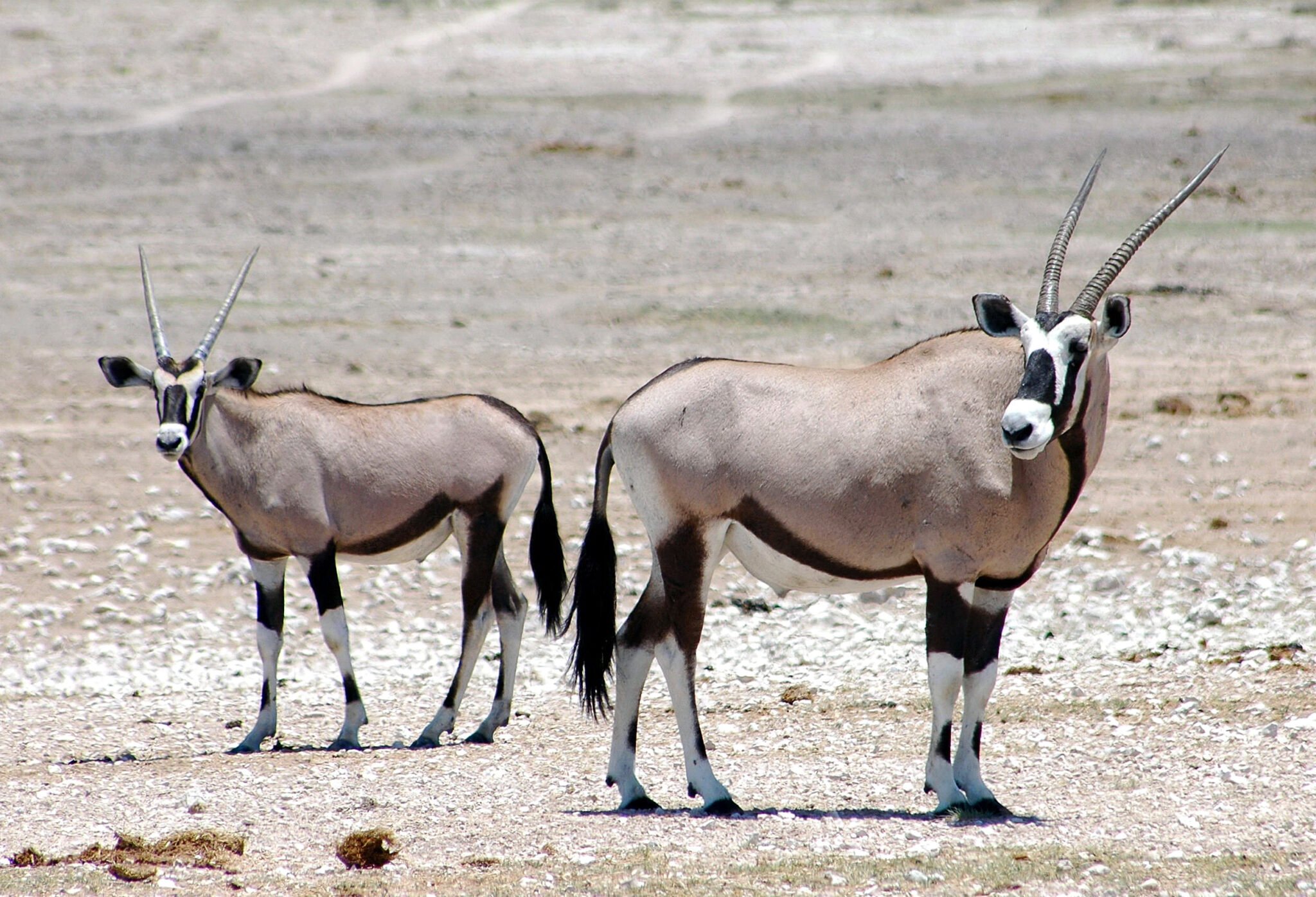 Namibia’s premier safari destination, Etosha was first gazetted as a game reserve back in 1907, and it has since been expanded to an 8,600-square-mile national park. Accounting for one-fifth of its area, Etosha Pan is a shallow saline depression that sometime fills with water after rain but is more often the parched shimmering expanse alluded to in its in local name (Etosha means ‘Great White Place’).

Okaukuejo, the park’s most popular rest camps, overlooks a waterhole that attracts a near-constant flow of thirsty wildlife. Black rhinos are regular visitors to the floodlit waterhole at night, when a vigil might also produce sightings of various nocturnal carnivores.

Etosha is ideal for self-drive safaris. Most of the wildlife is concentrated along the pan’s southern rim, where a string of 50 waterholes is accessible along a good road network. During the drier months of May to Nov, the best approach to game viewing in Etosha is not to cover distance, but rather to sit quietly at a waterhole and see what pitches up.

Four of the Big Five are present, the only absentee being buffalo, which is unsuited to this arid climate. Lion, elephant and black rhinoceros are likely to be seen over the course of a few days, but you need a bit of luck for leopard.

Etosha supports about half the global population of 1,000 black-faced impala, a distinctive subspecies whose range is confined a small part of northern Namibia and southern Angola.

The bird checklist of 340 species includes 35 raptors and several near-endemics. Casual visitors should look out for the dramatic crimson-breasted shrike, attractive pygmy falcon, and hefty ground birds such as ostrich and Kori bustard. During the rains, large flocks of flamingoes and other water-associated birds sometimes gather on congregate on Fischer’s Pan. For dedicated twitchers, there’s a full dozen species of lark to grapple with.