Dominated by the atmospheric tropical waterway river for which it is named, Lower Zambezi is Zambia’s most adventurous all-round safari destination, offering exciting guided canoe and walking safaris in addition to the usual game drives. Game viewing is excellent, with lion, leopard and elephant likely to be seen by most visitors. But the real star is the river itself, a mesmerizing flow of wide sluggish water, dotted with sandbars and islands, and flanked by a maze of forest-lined channels.

Lower Zambezi is home to four of the Big Five, the exception being rhino. Buffalos and elephants are almost certain to be encountered on most activities. Lions are also frequently observed by day, and night drives have an excellent record for leopard sightings. Other common large mammals include zebra, warthog, impala, greater kudu, bushbuck and waterbuck. The endangered African wild dog sometimes dens in the park.

Guided canoe safaris on the Lower Zambezi take some beating when it comes to breathtaking wildlife encounters. The abundant hippos and crocodiles are often seen at close quarters, and you might also catch buffalos grazing on the shore or elephants playing in the shallows. Most operators stick to the main river, but those with greater experience can explore the narrower flanking channels, which requite grater skill to navigate but get you even closer to the wildlife.

The Zambezi offers excellent tiger fishing, which is permitted on a catch-and-release basis between March and November.

Most camps also offer professionally guided walking safaris, which usually last around three hours and offer an opportunity to see large mammals on foot as well as focusing on plants, insects and birds, which tend to be overlooked on game drives.

Situated in a game management area immediately west of the national park, Chiawa Cultural Village is a traditional riverside settlement where interested visitors can learn about the history, customs and day-to-day life of its Goba inhabitants. 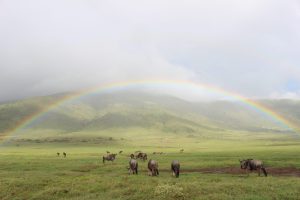 April in Africa: The best time to travel on safari 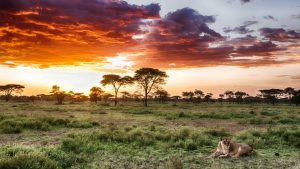 What happens on a safari? 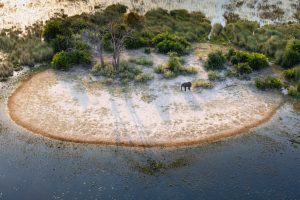 The Okavango Delta : More Than the Mokoro