The 164-square-mile Matobo National Park is one of Zimbabwe’s most scenic, popular and accessible travel hotspots, located only 30 miles south of Bulawayo, the country’s second-largest town. It is inscribed as a UNESCO World Heritage Site on account of its spectacular granite rockscapes and astonishing wealth of prehistoric rock art. And while Matobo is not primarily a safari destination, it does also support a fair amount of wildlife, including Zimbabwe’s densest leopard population and plentiful white rhinos.

Matobo’s iconic landscape of immense domed granite whalebacks and improbable balancing rock formations is one of the most picturesque in Zimbabwe.

Malindidzimu Hill, a vast whaleback held sacred by the local Ndebele people, is where their controversial imperialist subjugator Cecil John Rhodes is buried. The ‘View of the World’ from the summit is fantastic and it is a good place to look for rock-loving wildlife. This includes colorful flat lizards, the twitchy-nosed elephant shrew, the goat-like klipspringer antelope, sunning families of rock hyrax, and soaring pairs of the mighty Verreaux’s eagle.

Matobo is one of Zimbabwe’s most important repositories of prehistoric rock art, and several of its finest sites are open to the public. These include White Rhino Shelter, with its monochrome outlines of several animals including both African species of rhino, and an extensive and varied panel dominated by two figures of running giraffes at Nswatugi Cave.

Although much of the park can be explored on foot, Whovi Game Area must be entered in a vehicle due to the presence of potentially dangerous wildlife. Leopards, though numerous, are secretive and seldom seen, but most visitors will encounter white rhino, giraffe, impala and other antelope. 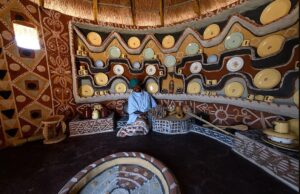 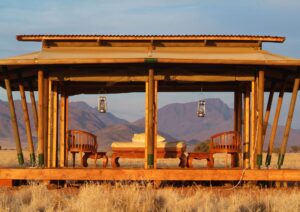