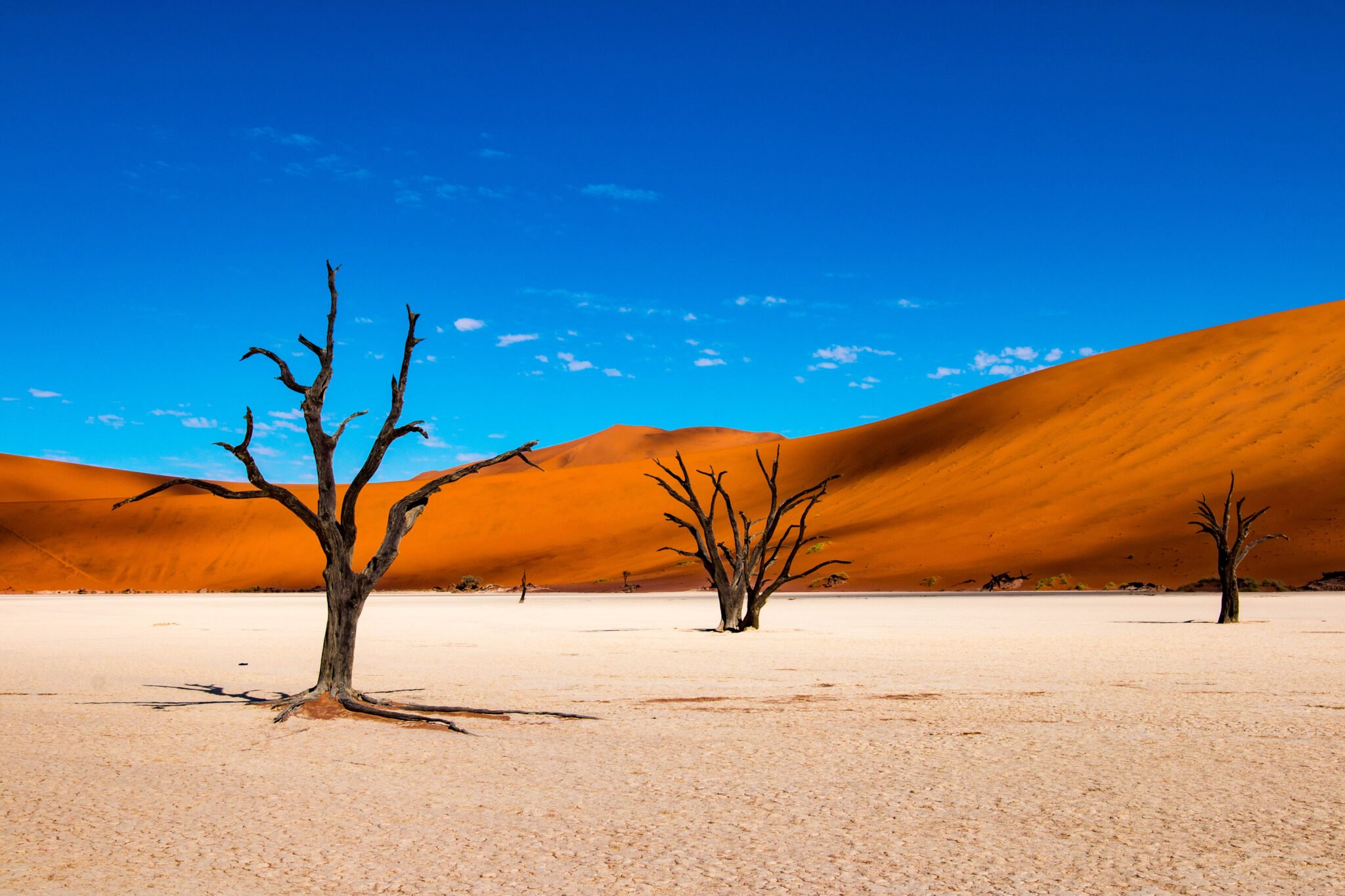 Africa’s largest national park, Namib-Naukluft extends across 19,500 square miles of desert plains, tall dunefields and craggy mountains on the coastal plain south of Swakopmund. Although it protects a fair amount of desert-adapted wildlife, Namib-Naukluft cannot be regarded as a conventional safari destination and it is best known for its spectacular scenery, in particular the golden-red dunes of Sossusvlei.

Namibia’s most famous scenic highlight, Sossusvlei and Dead Vlei is a pair of cracked white clay pans surrounded by immense apricot-hued dunes. Both are spectacular, but the centuries-old forest of skeletal camelthorn trees for which Dead Vlei is named makes it particularly photogenic.

The curvaceous red dunes around Sossusvlei are the world’s tallest at up to 1,000ft high. The popular but surprisingly sapping clamber up the soft steep sand of Dune 45 is the prototypal ‘two steps forward, one step back’ experience, but the views from the crest more than justify the effort.

The spectacular 120ft-deep Sesriem Canyon has been carved into sedimentary layers of schist and gravel by the Tsauchab River. A steep path leads to the base of the canyon, whose name refers to the ses rieme (six lengths of leather thong) required by the earliest Afrikaans-speaking visitors to haul up drinking water for their oxen.

Rising to 6,430 ft on the park’s eastern edge, the Naukluft Mountains form an important refuge for the endemic Hartmann’s mountain zebra. They can be explored on a pair of quite strenuous circular day hikes, as well as the tough 8-day Naukluft Hiking Trail and an overnight 4×4 Trail.

A half-day self-drive excursion, Welwitschia Drive is named for the plant Welwitschia mirabilis, a bizarre and rather primitive gymnosperm whose twin leaves each grows to be up to 12ft long. The oldest of these living fossils are more than 1,000 years old.