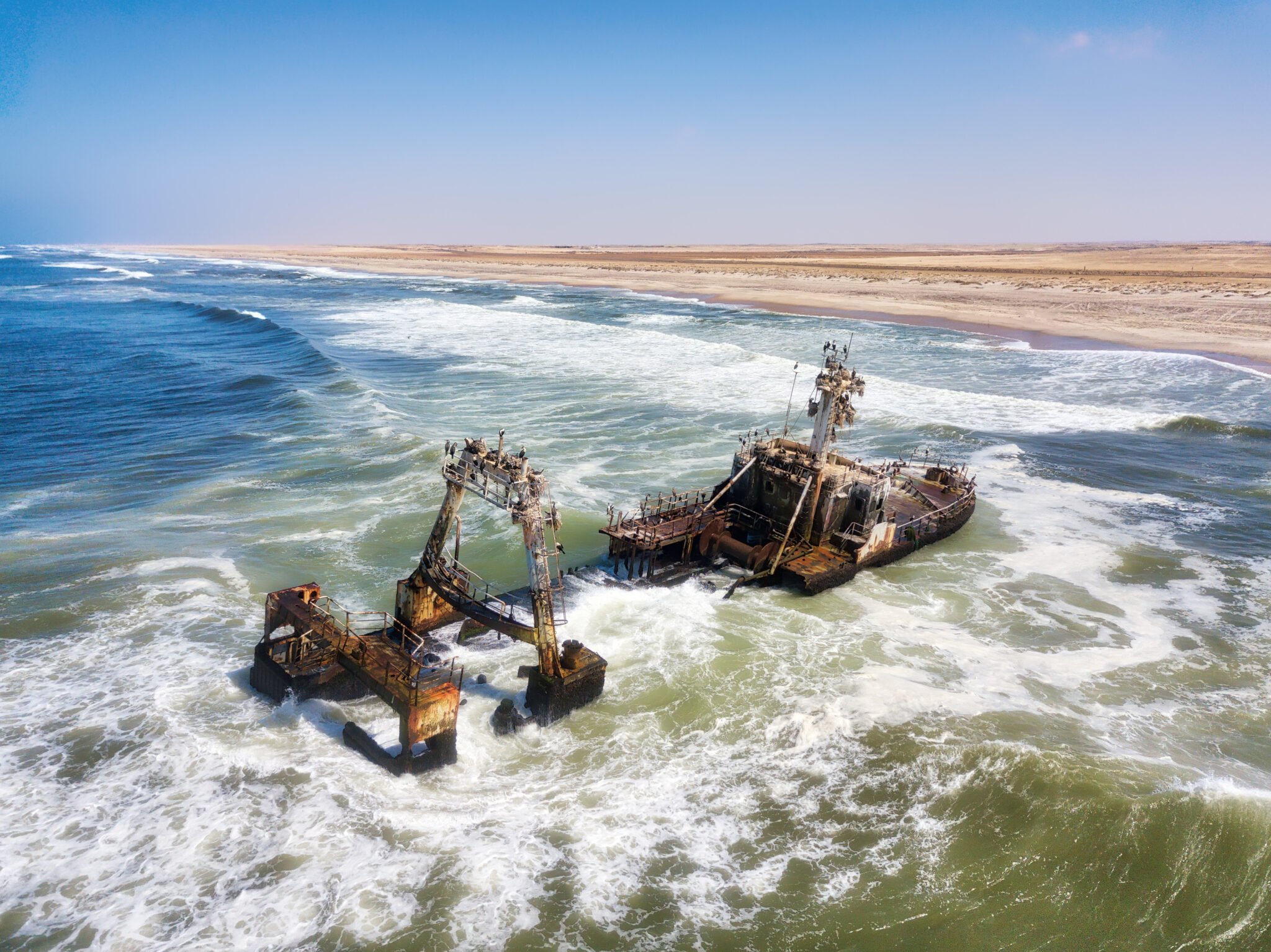 Remote and sparsely developed even by Namibia’s Spartan standards, the 6,400-square-mile Skeleton Coast National Park protects a long, narrow and exhilaratingly empty tract of parched Atlantic coastline that stretches 300 miles southeast from the Kunene River on the Angola border to the Ugab River north of Swakopmund.

Situated just outside the national park coming from Swakopmund, Cape Cross is named for the stone cross erected there in 1486 by Diego Cão, the first European to set foot on Namibian soil. Today, it houses the world’s largest colony of Cape fur seals, a bleating, flopping, farting mass of 150-200,000 individuals that can be viewed up close from a specially erected platform.

Within the national park, a more remote non-breeding colony of 40,000 seals can be visited at Cape Fria.

Decidedly unsuited to agoraphobics, Skeleton Coast is best known for its stark but wide-open scenery of gravelly plains, tall dunes and contorted rock formations set against one of the world’s most inhospitable and treacherous coastlines. A scenic highlight is the Hoarusib Canyon, which is hemmed in by stark off-white clay formations.

Although it is not primarily a safari destination, Skeleton Coast still supports some terrestrial wildlife. Black-backed jackal, brown hyena and the occasional lion scavenge on dead seals and fish, while resident dry-country antelope such as springbok and gemsbok are sometimes joined by desert-adapted elephants and black rhinos from Damaraland.

The Kunene River, which flows for hundreds of miles along the border with Angola, is flanked by spectacular dunes inhabited by Hartmann’s mountain zebra and oryx. The area is home to the traditionalist Himba, semi-nomadic pastoralists notable for their striking ochre-tinged hair, cattle-skin attire, ample copper jewelry, and minimalist temporary encampments.