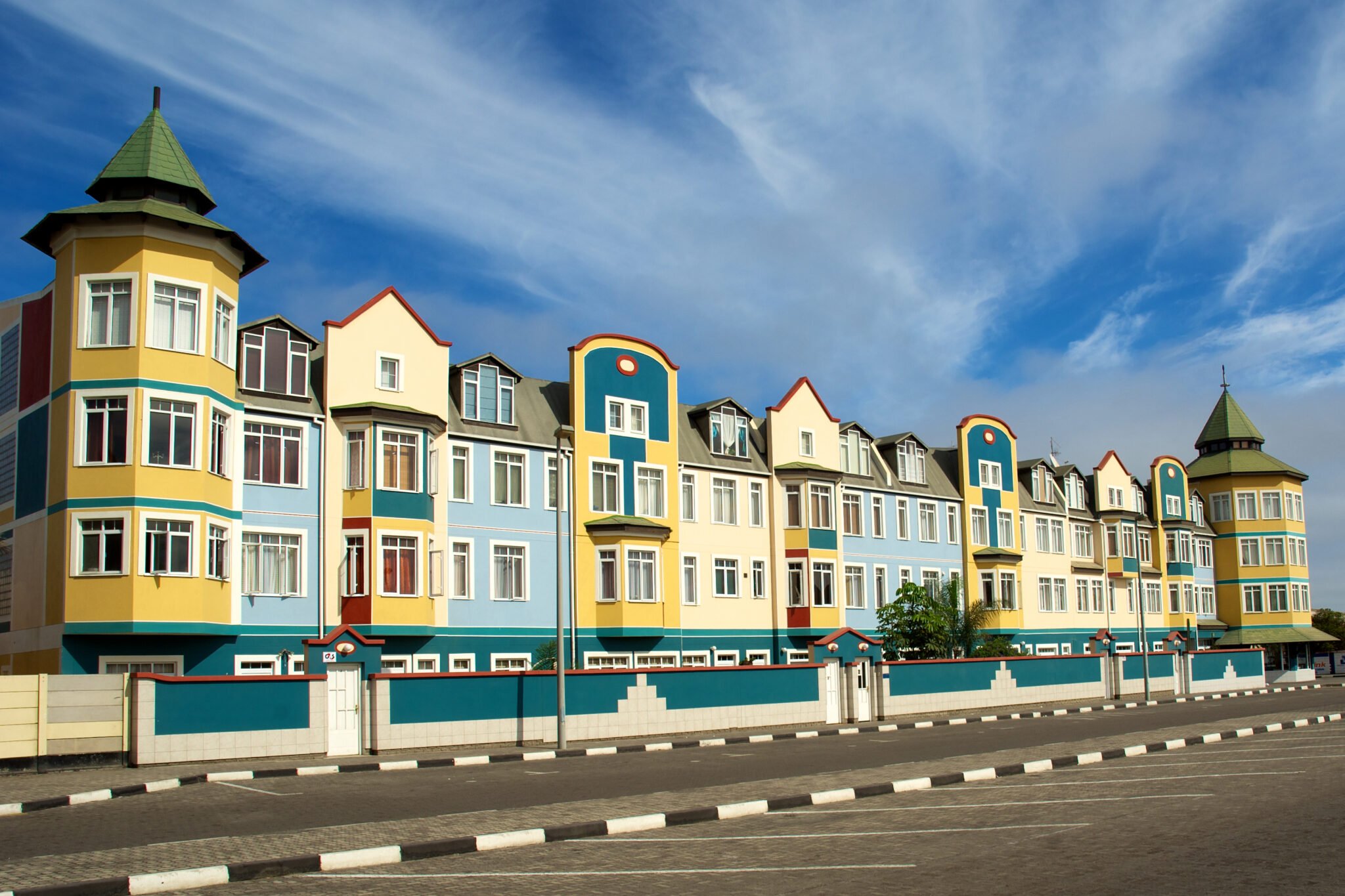 The charmingly quirky port of Swakopmund is the closest thing to a resort town anywhere on Namibia’s 1,000-mile Atlantic coastline. The small town was founded in 1892 on the mouth of the normally dry Swakop River, 200 miles west of Windhoek, and has retained much of its Bavarian-influenced architectural character. It is also a popular center for adventure tourism and hosts plenty of marine birdlife.

Established in 1951, Swakopmund Museum incorporates some fascinating historical and ethnological displays relating to the port and its surroundings.

The centerpiece of the Kristall Galerie’s collection of semi-precious stones sourced from all over Namibia is a fantastic 500-million-year-old quartzite crystal that weighs more than 30,000lb and stands twice as tall as a person.

The National Marine Aquarium houses a rich variety of creatures associated with the Atlantic, not only heavyweights such as sharks, penguins, seals and turtles, but also smaller stuff like anemones and sea cucumbers.

One of southern Africa’s most important Ramsar wetlands, Walvis Bay Lagoon, 20 miles south of Swakopmund, supports almost half of the region’s flamingo population, along with the likes of great white pelican, Damara tern and a profusion of waders. The lighthouse at Pelican Point stands alongside a small Cape fur seal colony.

Birdlife is even more profuse at Sandwich Harbor, 25 miles south of Walvis Bay. This remote bay might attract up to 50,000 Palaearctic migrants during the northern hemisphere winter.