Although it is only half as bulky as the white rhino, the black rhino is a far more aggressive and bad-tempered creature, prone to charging both pedestrians and motor vehicles for no apparent reason. For this reason, it was much feared by hunters in the colonial era, leading to its inclusion in the so-called Big Five. A dedicated browser that tends to stick to dense scrub and woodland, the black rhino was named to distinguish it from the white rhino, even though the two are almost identical in color (the term ‘white’ is said to be a mistranslation of the Dutch ‘wijd’ (wide), which refers to the squarish shape of the white rhino’s mouth).

Identification: Although Africa’s two rhino species are superficially similar in appearance, the black rhino is only about half as bulky is the white rhino, and it is almost invariably found skulking in dense woodland. The easiest way to tell the two apart is the shape of the head. The black rhino has a rounded mouth, a hooked prehensile lip, and typically holds its head a few feet above the ground, whereas the white rhino has a wide square mouth that it seldom raises more than a few inches above the ground. Should one happen to charge you or your vehicle, you can safely assume it’s a black rhino!

Where to see Black Rhino in Africa

Where to see black rhino: Black rhinos are much rarer and tend to be more secretive than white rhinos, so there are very few places where sightings can be guaranteed. Among the most reliable reserves are Greater Kruger, Hluhluwe-Imfolozi, Madikwe and Phinda in South Africa, Etosha in Namibia, Ngorongoro Crater in Tanzania, and Tsavo, Lake Nakuru, Meru and Laikipia in Kenya.

The word rhinoceros stems from the Greek words rhino (nose) and keras (horn). So when you shorten the word to “rhino,” you’re really just saying “nose.”

Rhinos were extensively hunted for sport in the colonial era. Since the 1970s they have suffered even greater losses due to commercial poaching for their horns, which are prized as a medicine and aphrodisiac in parts of Asia, and as dagger handles in Yemen. As a result, where the total black rhino population numbered hundreds of thousands in the early 19th century, it had dwindled to fewer than 2,500 by the early 1990s. Concerted post-millennial conservation efforts mean that the global population now stands at around 6,000, and recent developments include successful reintroductions into Rwanda, Zambia and Malawi. Despite this, the IUCN lists the black rhino as Critically Endangered, three of the eight recognized subspecies are extinct, and another two are on the verge.

The black rhino is a dedicated browser, feeding almost exclusively on leafy and woody plants. It is almost always found in dense scrub or woodland, a notable exception being Tanzania’s Ngorongoro Crater, where it tends to spend the daylight hours in open grassland.

Black rhinos are solitary to the point of being actively antisocial; if you see more than one moving together, it will most certainly be a mother and her subadult offspring. An interesting behavioral difference from white rhinos is that black rhino calves usually walk behind their mothers. 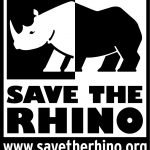 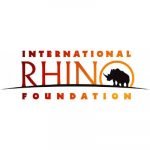