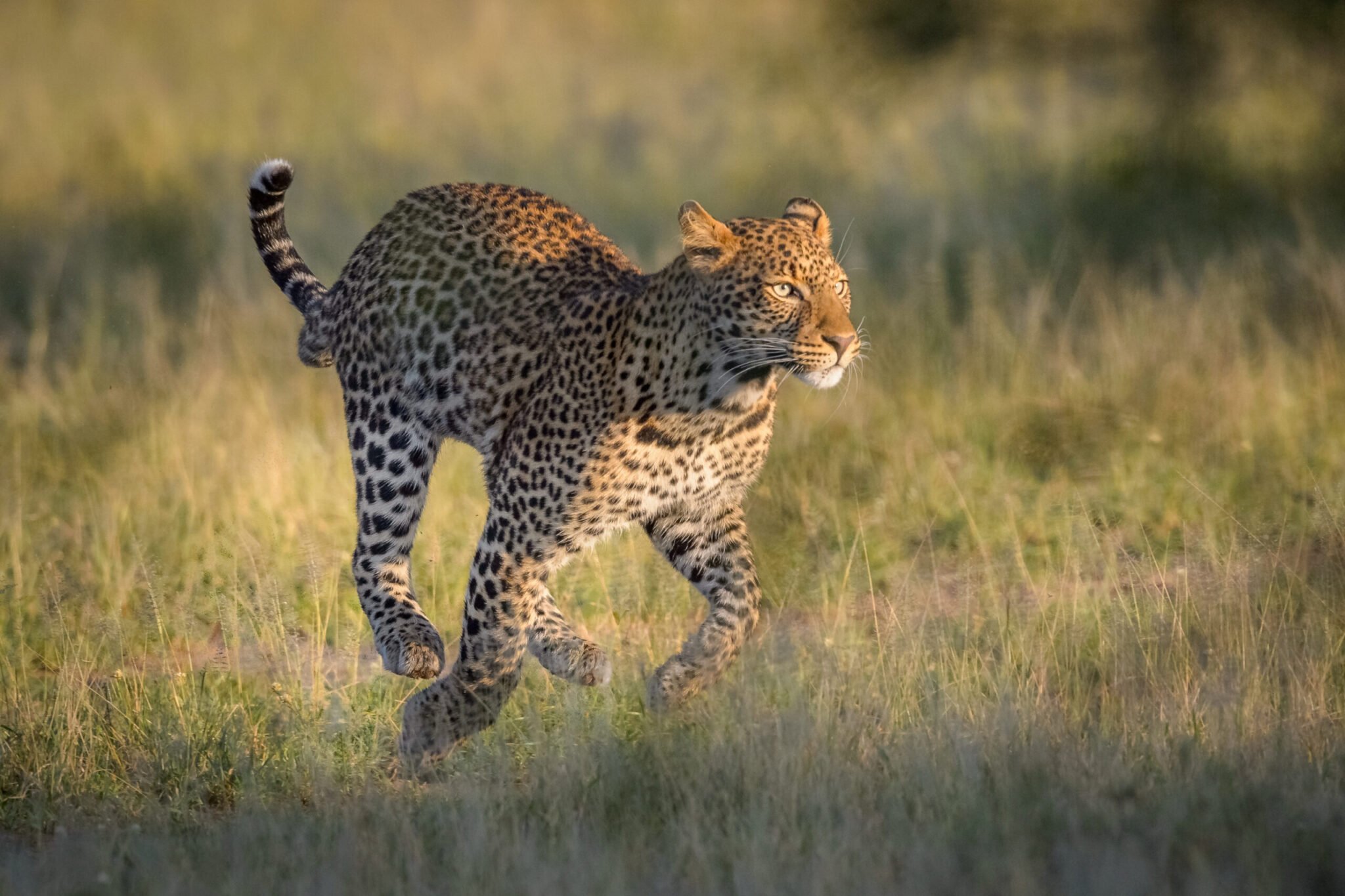 The world’s fastest terrestrial animal, the cheetah is a large, greyhound-like spotted cat capable of sprinting at 75 mph in short bursts. Not a true big cat, it is the last living representative of an ancient genus that is probably ancestral to all modern felids. Unlike other cats, it has semi-retractable claws that enhance its sprinting ability.

A cheetah might be mistaken for a leopard at first glance, but it has a simpler spot pattern, a more streamlined build (like comparing a greyhound to a rottweiler) and diagnostic black ‘tear marks’ that run from the eyes down to the mouth.

Where to see Cheetah in Africa

The global cheetah population was estimated at 15,000 in the 1970s and stands at 6-7000 today. It is listed as Vulnerable on the IUCN Red List, but it seems inevitable that this status will eventually be revised to Endangered. The most important strongholds are Namibia and Botswana, where almost 50% of the global population lives, mostly outside of protected areas. Large breeding populations also survive in Greater Kruger (South Africa) and the Serengeti-Mara (Tanzania and Kenya).

An important recent development in cheetah conservation has been a well-monitored and ongoing translocation program of different genetic lines between several dozen small reserves (mostly but not exclusively in South Africa) that couldn’t support a viable population in isolation.

The most diurnal of cats, the cheetah is usually seen pacing restlessly through grassland, occasionally climbing onto a termite mound or fallen tree to survey for potential prey. Unlike true big cats, it cannot roar; its most common vocalization is a high-pitched twitter reminiscent of a bird or bat.

The cheetah’s favored prey is medium-sized antelope such as impala or gazelle. A solitary hunter, it will typically creep to within 30 yards of its intended prey before bursting into a high-speed chase. Cheetahs are often chased off a fresh kill by lions or spotted hyenas, so they have evolved to gobble down up to 25lb of meat in 15 minutes.

Cheetahs remained widespread in Africa, the Middle East and southwest Asia until recent times. Today, they are practically endemic to Africa, the only exception being a population of fewer than 100 individuals in Iran. Within Africa, the range of the cheetah has retracted by more than 80% over the last century.

As with most cats, cheetahs are generally solitary. A notable exception in some areas (particularly the Serengeti) is coalitions of two or three males – usually brothers – which tend to be almost inseparable. Mothers might move with up to five cubs, which look quite different to adults with their fluffy white manes. Males are highly territorial; females are less rigidly so and often travel long distances in search of prey.