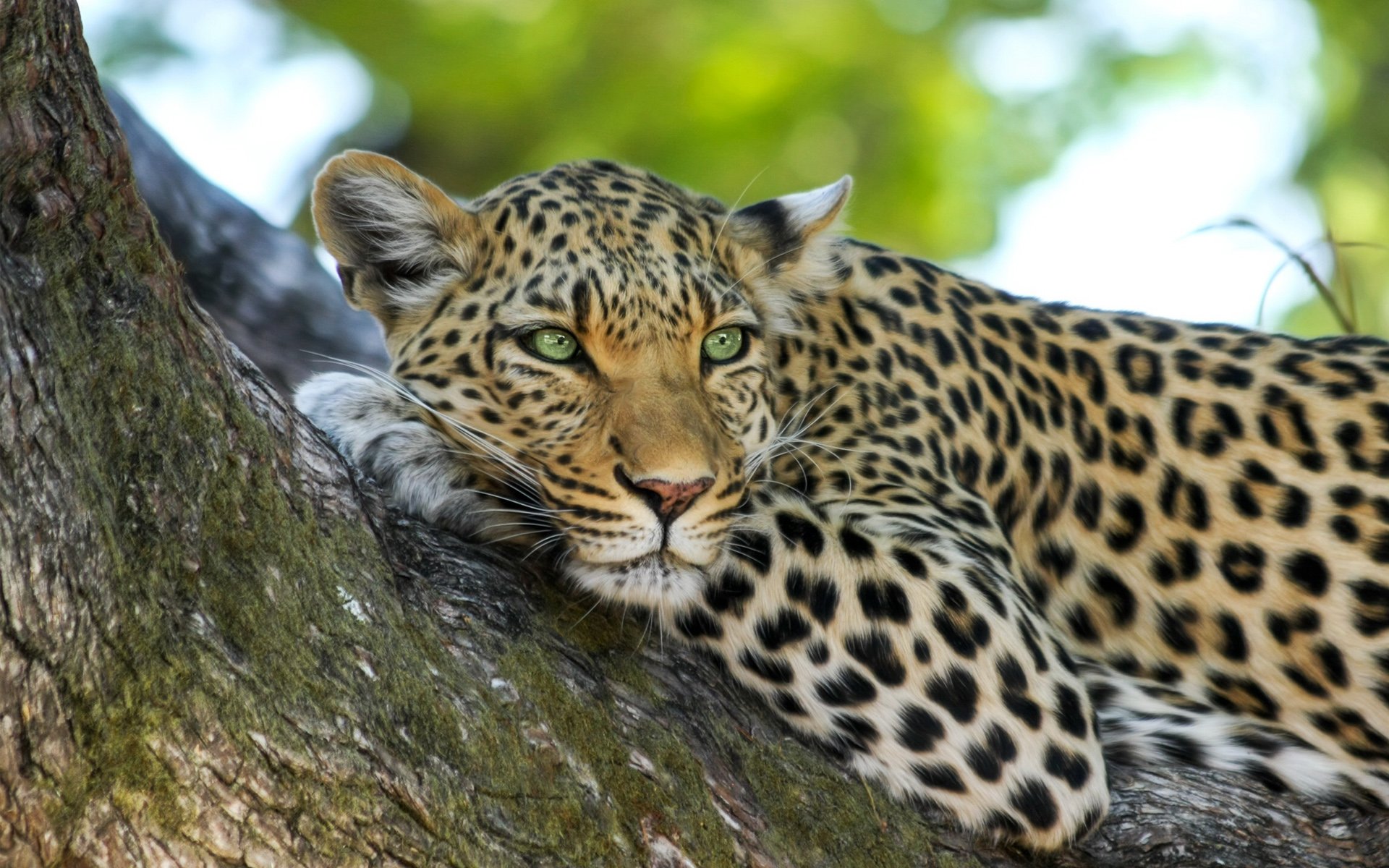 A powerful spotted nocturnal cat that weighs up to 200lb, the leopard is Africa’s most abundant large predator, but also, paradoxically, the most eagerly sought quarry on many a safari. This is due to a furtive nature that has allowed it to persist unnoticed in many nature reserves, mountains and forests where other large mammals have become extinct – but that also makes it singularly masterful at avoiding detection, even in safari destinations where it is numerically common.

Where to see Leopard in Africa

The most habitat-tolerant of the Big Five, leopards are present in almost all Africa’s major game reserves, but in many cases you could drive around for a month without so much as glimpsing one. The most notable exception to this is the private reserves of Greater Kruger, where leopards have become very habituated to 4x4s, and quality sightings occur on a daily basis. Other relatively reliable locations include Serengeti National Park (Tanzania), Maasai Mara and Samburu National Reserves (Kenya), and the Luangwa Valley  and Lower Zambezi (Zambia).

With a wild population estimated at around 500,000, leopards are by far the world’s most numerous big cat. Although they are listed as Vulnerable on the IUCN Red List, this is mainly due to the decline of certain local subspecies in Asia and the Middle East. Their status remains reasonably secure in most of their surviving African range, but they are increasingly uncommon outside formally protected areas.

The supreme solitary hunters, leopards are dependent mainly on stealth, typically creeping to within a few yards of their intended pray, then pouncing before it has time to flee. Medium-sized antelope such as impala or bushbuck form an important part of their diet, but they often also hunt baboons and monkeys, as well as smaller creatures such as hyraxes, hares and birds. In places where they compete with lions and hyenas, leopards will typically drag a kill into a tree for safekeeping.

The most widely distributed of all wild cats, leopards naturally occur throughout sub-Saharan Africa and in most parts of the Middle East and Asia. In recent years, they have vanished from about 75% of their historical range due to habitat loss, human persecution and a decline in suitable prey. Although significant numbers of leopard still occur in certain protected areas in India, Sri Lanka and southeast Asia, the global population is now centered on sub-Saharan Africa

Leopards are among the most determinedly solitary of cats; if you see two or more together, it will almost certainly be a mother and her offspring. Adults dedicate considerable energy to marking and defending their territory against members of the same sex. And while male and female territories often overlap, friendly interaction is uncommon, and mating tends to be a brief and ill-tempered one-off transaction.