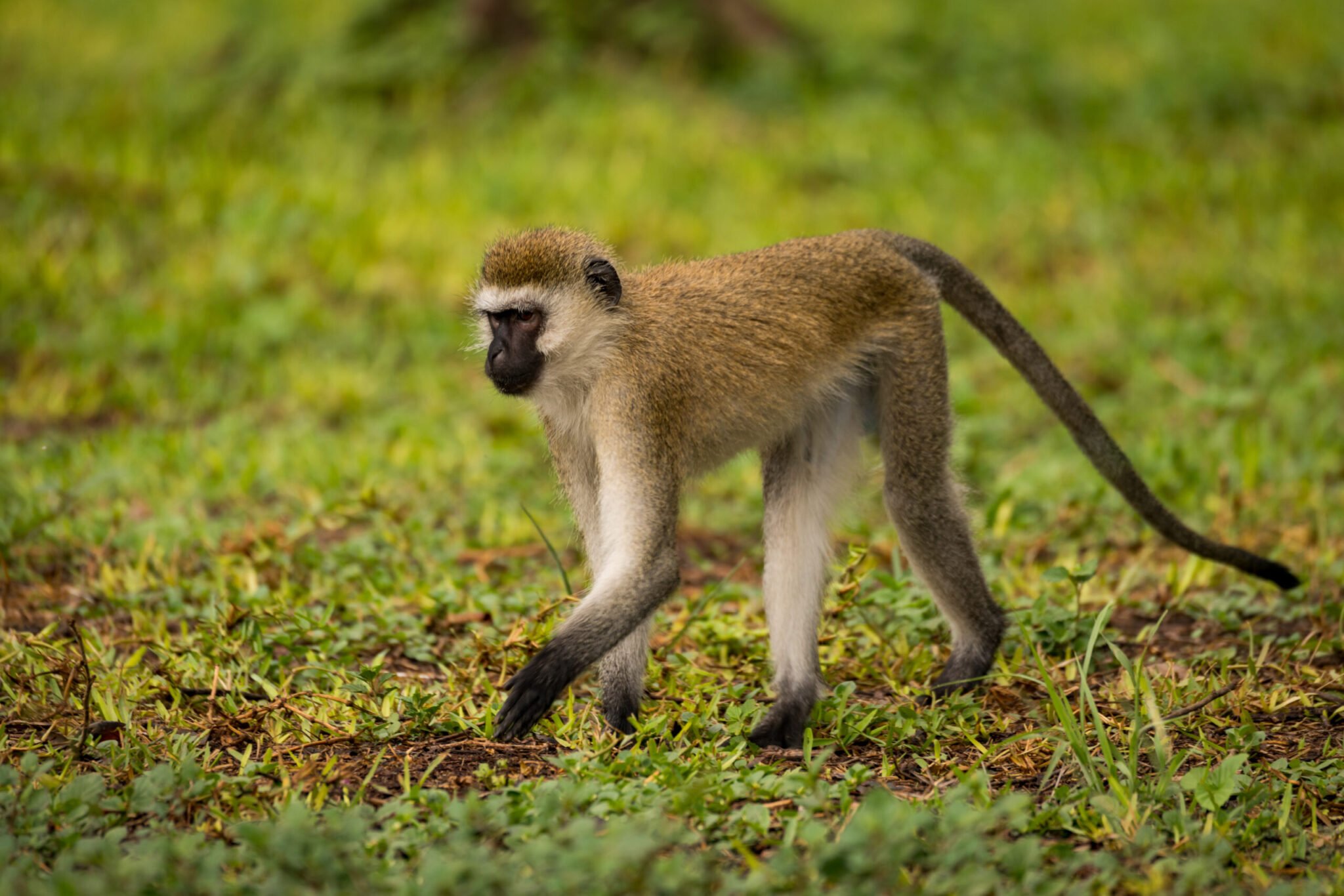 Species and subspecies: Although more than 100 species of monkey range across Africa, a staggering number of unresolved taxonomic disputes relate to the status of many subspecies. As one example, while some experts treat all subpopulations of the widespread vervet monkey as a single species, other recognize the vervet as one of six closely related species, the others being green, grivet, Bale, tantalus and Malbrouck monkey. Simplistically, however, the monkeys most likely to be encountered on safari are the hefty and rather dog-like baboons, the smaller but equally terrestrial vervet monkey, a dozen or more species of forest-dwelling guenon, and the strictly arboreal colobuses.

Where to see Monkeys in Africa

Vervet monkeys and baboons are common in most popular safari destinations, while blue monkey and black-and-white colobus are widespread in forested habitats north of the Zambezi. Lake Manyara National Park in Tanzania is a particularly good place to watch baboon interaction. Elsewhere, monkey diversity is greatest in the equatorial rainforests of the west and central Africa. Within East Africa, Uganda’s Kibale and Bwindi Impenetrable National Parks, Rwanda’s Nyungwe National Park and Tanzania’s Mahale Mountains National Park rank among the most continent’s most accessible monkey hotspots. An excellent add-on for visitors tracking mountain gorillas is the golden monkey experience offered in Rwanda’s Volcanoes and Uganda’s Mgahinga National Parks.

Despite extensive deforestation and fragmentation in recent decades, most African monkey species remain quite common in suitable habitats. Others, however, have very limited ranges and are highly vulnerable. Notable examples in East Africa, all classified as Endangered on the IUCN Red List, include the striking Zanzibar red colobus, the bamboo-eating golden monkey of the Virunga Mountains, and the mysterious kipunji monkey, a southern Tanzanian species first discovered as recently as 2006. Tourism and associated community involvement can and does play an important role in protecting vulnerable monkey species.

Monkeys are generally highly entertaining to watch, displaying a wide range of behavior and interaction – playing, squabbling, grooming, feeding and copulating – that will be very familiar to humans. Because they tend to stay out in the open, terrestrial species such as baboons and vervet monkeys are particularly fascinating to observe in action.

Most monkeys are essentially vegetarian, but will also eat insects and other small animals when the opportunity presents itself. Some monkeys are more specialized feeders than others. The various species of colobus, for instance, subsist almost entirely on leaves, while the main diet of Ethiopia’s gelada monkey is grass. The cheek-pouch monkeys, a diverse group that includes baboons, vervets and guenons, are typically generalists that can store large amounts of food in their inner cheek pouch.

With very few exceptions, monkeys are sociable creatures that live in troops comprising anything from half a dozen individuals to more than 100. Troops tend to be hierarchical, dominated by an alpha male and/or in some cases alpha female, but the exact structure varies between species and may also be influenced by population densities. The gelada, a golden-maned baboon-like monkey endemic to the Ethiopian Highlands, is thought to have the most complex social structure of any animal other than humans.