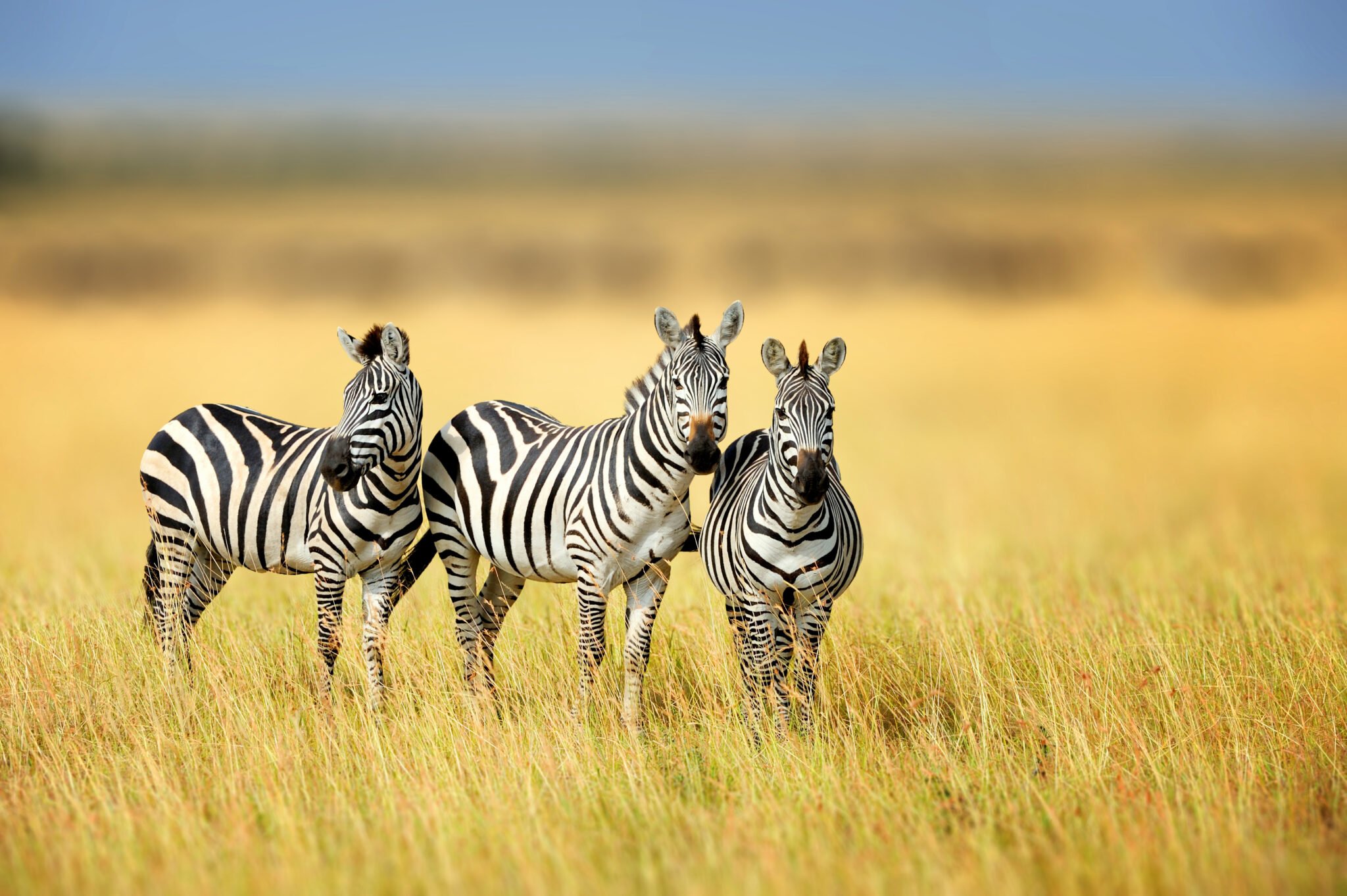 A characteristic sight in most African savanna reserves, zebras are wild horses distinguished from other members of the genus Equus by their bold black-and-white vertical stripes. Every individual zebra has a distinctive stripe pattern, as unique as a human fingerprint. The purpose of the zebra’s stripes has long been contentious. It could be that the striping camouflages the animal in long grass or has an optical effect that confuses predators, but it might also serve a sexual role, or simply be a residual feature retained from ancestral stock.

Where to see Zebra in Africa

The plains zebra is present in most major African safari destinations, where it is usually conspicuous in grassy habitats, and often seen alongside wildebeest. Although small numbers of Grevy’s zebra survive in part of Ethiopia, this striking creature is now largely confined to northern Kenya, where is most common in Samburu-Buffalo Springs National Reserve and the private conservancies of Laikipia. The mountain zebra has a limited range in South Africa and Namibia, but can be seen quite easily in the Eastern Cape’s Mountain Zebra National Park as well as the Cape Of Good Hope sector of Cape Town’s Table Mountain National Park

Although it is classified as Near Threatened on the IUCN Red List, the plains zebra remains common in most major African national parks and the total continental population probably stands at around 750,000. Not so Grevy’s zebra, which the IUCN Red List classifies as Endangered, with the global population having declined from around 15,000 in the 1970s to fewer than 3,000 today. The mountain zebra is listed as Vulnerable, but numbers have actually increased significantly in recent decades, particularly in South Africa, where it was hunted to within 100 individuals of extinction in the 1930s, but the population now stands at around 3,000.

Primarily grazers, zebras spend up to 80% of the day chomping on grass and other terrestrial vegetation. Ecologically, they play an important pioneering role by devouring the upper grass canopy to allow specialized grazers access to the more nutritious shoots below.

Zebras are gregarious animals. The core units of zebra society are small stable herds comprising one stallion, up to half a dozen females, and associated foals and subadults. In the case of the plains zebra, aggregations of several hundred animals are quite often encountered, but these are generally ephemeral gatherings associated with local water and food sources, or seasonal migrations.